Put My Experience On Your Side 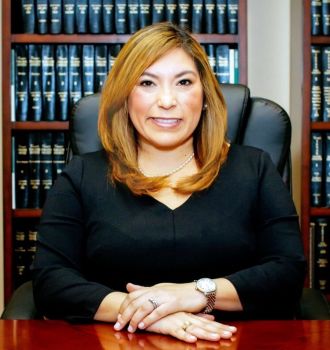 Angela then attended law school at the South Texas College of Law Houston, where she was an active member of the Hispanic Law Students Association. During her time in law school, Angela had a number of clerkships and internships, including working for Houston's oldest personal injury law firm, Abraham, Watkins, Nichols, Sorrels, Agosto & Friend. She also learned and gained experience while serving as a law clerk for Justice Gina M. Benavides at the Thirteenth Court of Appeals and a legal intern at the Fort Bend District Attorney's Office.

At the Garcia Law Office, we value experience, dedication, and determination. Our helpful staff embodies this in everything we do.

Angela founded the Garcia Law Office, PLLC in 2013. She primarily focuses her legal practice on personal injury litigation, representing and fighting for individuals who have suffered injuries due to the misconduct of others, including motor vehicle accident and workplace accident victims. Angela speaks fluent Spanish, which allows her to better serve her community and her clients.